21/04/2022
Fabrics, Style trends, T Talk
Details of style, aesthetic flair, but also protection during the cold and hot season: the hat is back in the limelight thanks to a young brand that has been able to give new light to the historic Cappellificio Biellese 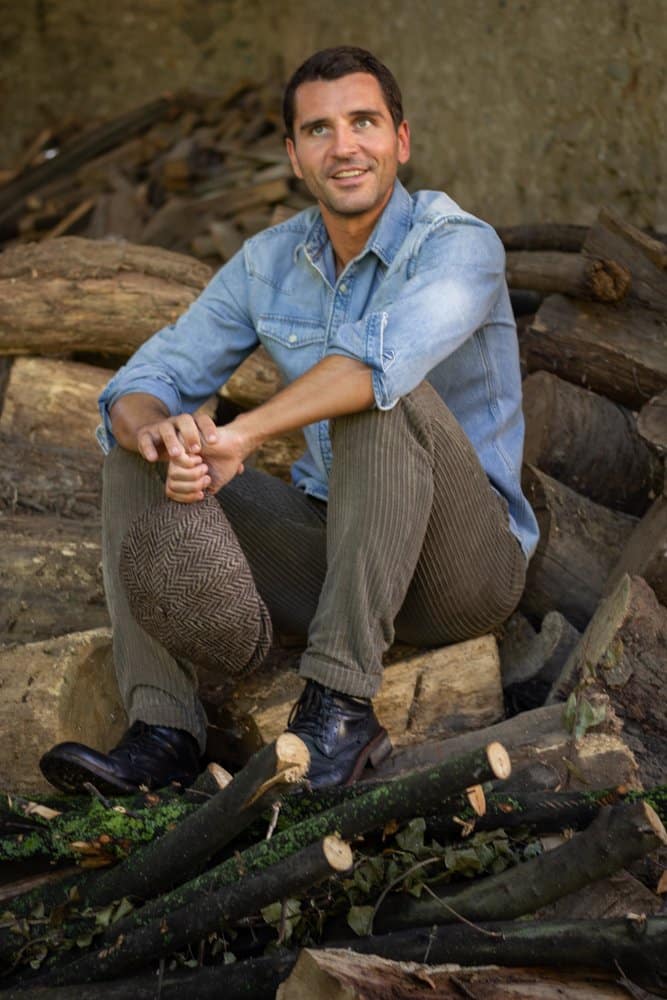 Already 15 thousand years ago man covered his head, as evidenced by some graffiti in a cave in Lussac-les-Châteaux in France. But if during the primitive era the hat had only a defensive function against dangers, over time the headgear distorted its nature becoming a symbol, of social belonging (among the ancient Greeks the felt or leather “pileo” was used by workers, fishermen and sailors) and freedom so much so that it was given to Roman slaves when they regained their independence. Downsized in its role in the Middle Ages, it returned overwhelmingly to the European limelight with Louis XI and Charles VIII, becoming from 1500 a decorative accessory not to be missed. Its golden age, however, was the nineteenth century when the cylinder and its folding evolution (the gibus) were born which, using a system of springs, flattened it, making it more comfortable to use. The explosion of styles, shapes and materials that distinguished that century accompanied the male and female wardrobe until the early 1900s, when going out without a hat was considered unthinkable: whether it was a fedora, the classic felt headdress with a fold on the top or the bowler hat was not important, what mattered was to have it on. Only after the Second World War the hat changed its dress again, giving up the role of a social emblem and becoming that of a style detail. A role that defines it even today, as confirmed by Luca Murta, CEO of CB1935, a brand that, born in 2017, has recovered the experience of the historic “Cappellificio Biellese” reinterpreting it in a contemporary key.

1395-2017: in the thirties a group of friends founded Cappellificio Biellese and, after over 80 years, another group of friends got involved to recover and renew the project. How did the idea come up Luca?

The idea came from Alberto Benigni, an entrepreneur who grew up in the world of high-quality craftsmanship who, after rediscovering the brand and the history of Cappellificio Biellese, shared his information with a group of friends. The project to develop a brand of hats, starting from a with a solid identity, has thrilled us. Starting from these premises, CB1935 was born, in which we wanted to maintain continuity with the past inserting in the logo the year of foundation of the original brand.

What does the hat represent today in the outfit of a man and a woman?

The hat is that that “extra touch” that gives each outfit a personal aspect. Its role, however, is not only aesthetic, but also functional, having the merit of protecting the head and therefore generating a feeling of well-being.

What do they look for those who buy this product?

Oscar Lenius, in one of his texts dedicated to the male elegance, wrote that the most powerful accessory of clothing because it embellished the face of the wearer. Those who buy it are looking for just that: a corollary of style that is both enhancing and useful.

Which are the elements that contribute to giving identity to the CB1935 brand?


Our patternmaking traces the traditional one of the United Kingdom but is clearly distinguished by the quality of the fabrics: our colleagues from overseas use very raw and rough wools, while we focus on the noble fibers of our territory such as, for example, the classic flannels in merino wool or vicuna.

“Made to measure” and “sustainability” are two voices that distinguish you: how do you decline them?
The “made to measure” is the result of the possibility we offer to anyone that connects to our site to choose a model, a fabric, and a lining to create their own totally customized hat. The sustainable component, on the other hand, is expressed in the choice to collaborate only with certified wool mills which, thanks to their investments in innovation, can significantly limit the environmental impact. In our vision, being sustainable also has not less important human component encoded both by directly involving our youngest staff in the most important business decisions, and by economic fairness towards the artisan who work with us.

CB1935 and digitization: which way followed?
We redesigned the site ini 2021, perhaps the most difficult year in our journey, giving space to a section dedicated to “made to measure” of a sure value. Next step will be to digitize the collections destined to boutiques or chain stores as much as possible. However, the digitization of processes must not go to the detriment of the human relationship with customers, from which we collect important style indications, suggestions, and inspirations.

Currently you export to Australia, Hong Kong, Korea, Sweden, UK, United States, Spain, Belgium, Singapore, Taiwan, and Japan: which are your objectives in the medium and long term?

It is a priority to considerably implementing the sales for shops and boutiques trying to become widespread in distribution thanks to agents and fairs. At the same time, we also want to expand the activities generated by our site

From the international to the local dimension, the step is short. What is your link with the territory?

To unite us is a very strong bond, so much so that we decided to open our first showroom, at the end of last year, right in Biella. Maybe one day we will do it in Milan or Paris, but the first could only be in our hometown. Even the choice of the location was not accidental: we chose a historic pub that has been in disuse for years.

Only hats or is there something else in the future of CB1935?
Even more! In our logo CB1935 the word “cappellificio” (hat factory) deliberately does not appear to give us the opportunity to open other paths even if, however, the hat must remain the focus of our style and our collections.