Company stories: how does a historical archive born?

05/08/2022
T Talk, Yarn
That of Tollegno 1900 is among the most complete in Europe, a voice of its history but also of Italian culture and style. To tell how it was born, revealing some curiosities, is Marinella Bianco. 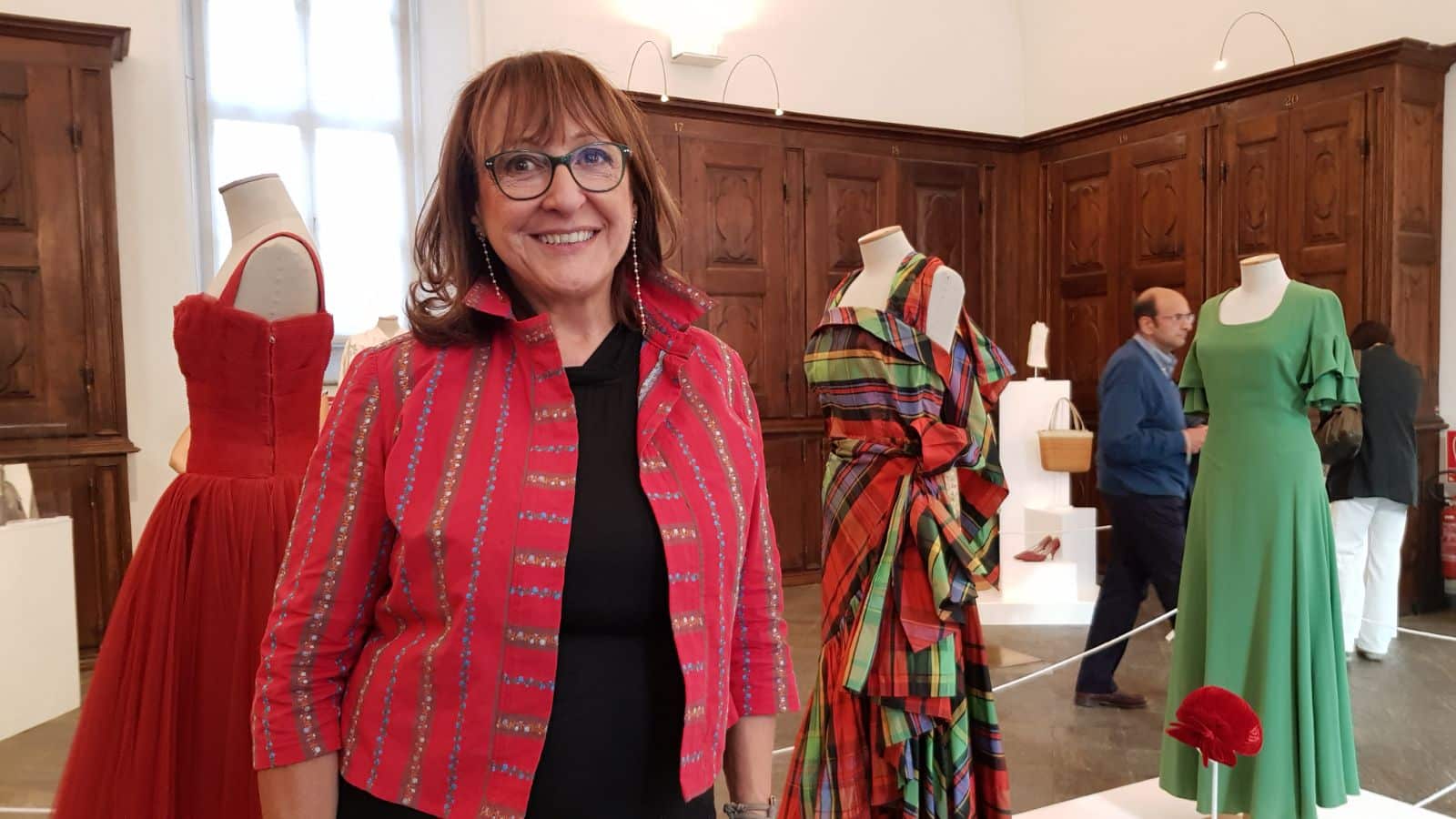 What do companies like Armani e Peroni, Pucci and Menabrea, but also Max Mara and Alessi or Ferragamo and Lavazza have in common? All of them have an organized historical archive which is enhanced in its essence by using it as a showroom or museum.   Continuum between past and present, silent witness to the evolution of every company, the historical archive is much more.  This is supported by Marinella Bianco, archivist, co-owner of Acta Progetti in Turin and contact person for the historical archive of Tollegno 1900. She also deserves the credit for having conducted a census of historical business archives on behalf of the Ministry of Culture and the Piedmont Region – during which she came across Tollegno 1900 – and for having conceived the Biella network center of textile and of fashion in 2010.

What role does a historical archive play in increasing or consolidating the reputation of a company?

Undoubtedly it represents an added value that is not secondary. Let’s think, for example, of Tollegno 1900: its archive, rare for its completeness, allows us to affirm the long history of excellence of the company, including stories of illustrious customers and demonstrations of always avant-garde fabrics, innovative entrepreneurial choices, great directors, ante litteram globalization, welfare since the beginning of the 20th century.

An awareness that has been reached after a titanic work.

The work began twelve years ago coordinated by Annamaria Coda, HR manager of Tollegno 1900 who has always kept and preserved all the material: for the first two it was financed by the Compagnia di San Paolo and from Piedmont Region, and thanks to a tender, but right from the start, the company actively participated by using two rooms for archive use and making it available to staff to bring the material to the premises and take the dust away.  In the first instance, we proceeded to file every single file, volume, register, fabric, sample, magazine, and thematic library in order to then begin to give a hierarchical structure that reproduced the formation of this archive. A difficult but very stimulating operation.

How was articulated the structure?

In levels, which correspond to the different funds/archives of the various companies merged or acquired by Tollegno 1900. On the other hand, in order of decrease, the series corresponding to assets, administration, accounting, production, personnel, are found. At the end there are the sub-series and the sub-sub-series up to the archival unit. An extremely complex structure in which every single unit must find its place and in which each level has its own chronological order. The archive, being in progress, still has provisional numbers, with the sole exception of that of Agostinetti and Ferrua, the oldest, which is inventoried because it is finished.

Such a complex project, in its realization, cannot fail to have stumbled upon some critical issues…..

The major ones that we have found in our path have concerned its structure and, sometimes, the understanding of the cards and their correct transliteration. Describing the various registers relating to activities that are now obsolete, trying to enter all the data that may be useful to relate them to other various documents, without taking years, was a process that required great commitment and concentration. But this is the only way to proceed to have complete “stories” to tell.

Among the different ones you managed to put together, any singular ones?

Many and all interesting, but some are perhaps less obvious: one, for example, concerns the first men’s fashion show that was held in Sanremo in 1952, creating a scandal because men didn’t at that time.  The fashion show showed haute couture models made with fabrics from Biella, many of Tollegno 1900, as confirmed by both some orders of tailors found in the company, and the models that are now kept in the archives of Neapolitans tailors such as Kiton, Isaia, and Caccipoli. By reconstructing this story we have “ found” the official photographer of the event that lasted 12 years:  Alfredo Moreschi, who has his shop and his magnificent photographic archive in Sanremo, made himself available for an interview that was taken up in Notebook no.3 of the historical archive of Tollegno 1900.

In the no.5 Notebook there are also other curiosities concerning Lana Gatto, a brand that belongs to our company..

In this case the story dates back to the 1930s and concerns the openings of Lana Gatto shops in the main Italian cities: in each issue we discover small gems such as the drawings of the shop furniture by the artisans who produced  them, the press clippings with the articles on the inaugurations, the photographs of the wall advertisings in small southerns villages in an unrecognizable Italy and the beautiful bands that distinguised the yarns. Everything lives in the no.5 Notebook.

Up to now, digitization has also played a leading role, which however concerns a small part of the archive…

Digitizing it all would be a titanic undertaking because it is an archive made up of an almost incalculable number of paper documents and fabrics. At the moment many have been computerized for each single unit. Much is still to be done but the archive is constantly evolving.

The historical archive of Tollegno 1900 is only one of the many that exist in Italy. Do you have an idea of how many companies have one

There is no current census, because it should be continuously updated given the fluidity of the business situation. The 2010 national census, in which I participated, is now outdated: for a long time we archivists who work with the Ministry of Culture and are registered with ANAI (Italian National Archival Association), a trade association  that is accessed by qualifications, have been discussing starting a project with Confindustria that automatically updates company closures or disposals in order to save archival assets at risk of dispersion. The Ministry should also launch a sweeping campaign to sensitize companies to the safeguarding of paper archives and not just of product or advertising, since only the intact archive can testify to the story if it is to be told in episodes and particularities. Not only the big names in fashion have understood this well, grasping its importance  – I am thinking for example of  Armani, Pucci, Gucci, Ferragamo, Fendi, Krizia fino a Dior, Chanel in France – and textile companies, such as Max Mara, Frette, Lanerossi, Ermenegildo Zegna, Fondazione Ratti e Mantero seta, but also companies in the food sector. To name a few : Casa Martini, Barilla, Lavazza, Amarelli, Peroni, Menabrea, Campari, Branca. The design and automotive sector also proved sensitive to the to the issue as confirmed by the cases of Alessi, Piaggio e Fiat in Italy and , abroad, Swarovski, Mercedes and Porsche. They are often called corporate museum, but in reality they are historical archives: a museum is a collection of different assets, while the archive is everything that is produced and used by an institution. Only this is not a widespread concept.

Not particularly “widespread” in Italy is also your profession. How did your passion for this business come about?

I was born as an archivist in a board sense – not immediately a business – because after graduating in literature, medieval history, having taken an exam in paleography, I attended the two-year course for archivists in Turin State Archives, discovering that this profession was my passion.  I chose the freelance profession in which the work and economic uncertainties are widely compensated by the type of work done, satisfying, and engaging. By always changing the type of archive, place, history, we continue to learn a lot, because we are confronted with different realities and with professionals with different but integrated skills. We work in prisons, companies, public authorities, hospitals and also in ancient archives such as those of the royal armory, of noble families, State archives: here the discoveries we make are immense and are a constant spur even after 30 years of work.