09/12/2021
T Talk, Yarn
The editorial director of Textures has no doubts about it, emphasizing the strengths and weaknesses of the sector which, also due to the pandemic, now has the opportunity to rethink itself in a more sustainable perspective 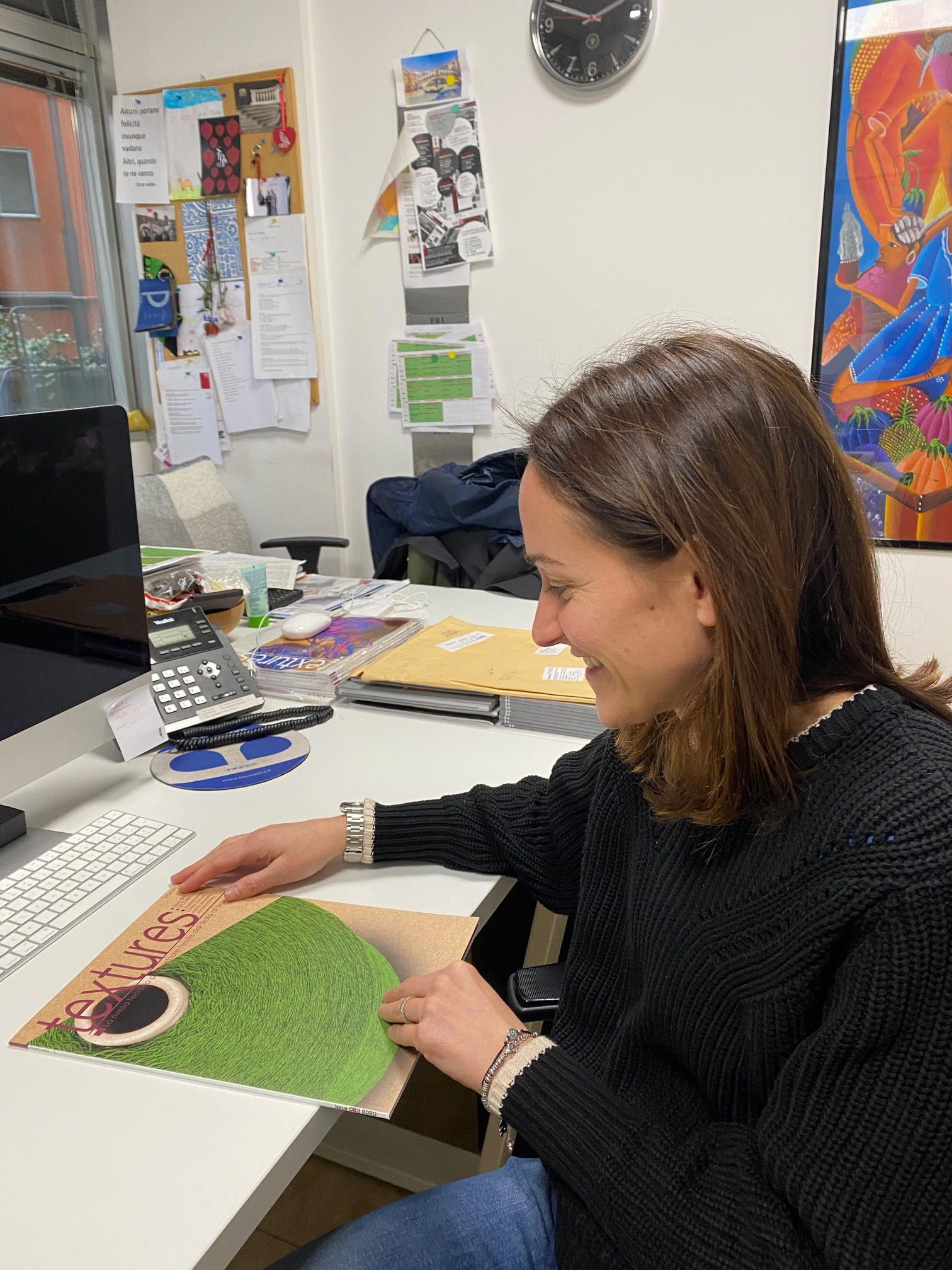 Since July 2017 she has been at the helm of Textures and with her attitude and her vision has contributed to a substantial restyling of the magazine that makes its mark on yarns and fabrics, but with a careful eye on what revolves around it. To get an overview of the condition of the sector, who better than her? Born in 1981, 3 children and a job that takes her a lot but which she would not give up for anything in the world, Beatrice Guidi is in “eternal movement”, just like the magazine of which she is editorial director. We meet her while she is working on the new issue. “Each issue is a challenge, because Textures is constantly evolving: in each edition we always try to develop themes of real interest for the sector, making the players in the supply chain talk. Fairs, virtual but above all physical encounters, are often the starting point for new editorial projects”. The ones that started in 2021 are a confirmation of this. “With the new year we have inserted a new column called Spazio Green that will explore circular fashion issues, telling through interviews and services, the new production models, innovations and technologies for regenerate and retransform the recovered fabrics or materials into new yarns. We will also talk about certifications for progress towards sustainability, issues that Tollegno 1900 knows well, having always been committed in this direction. Even if the moment is very complex, I believe that never before has there been the drive to go down this path ”.

The new “Risorgimento” as someone called it will be green and extremely attentive not only to the impact on the environment, but also on resources. Despite all the objective complexities they have to deal with, more than a year after the first total lockdown, what is the situation in which the companies in the sector find themselves?

Unfortunately, the effects of the pandemic on the sector have been felt and the complexity of having a vision even in the short term causes great instability among entrepreneurs, who also have to face the criticality of raw materials. A problem that weighs in particular on small and medium-sized companies that find difficult to pass on higher costs to their customers.

Small and medium-sized enterprises are the hard core of the country, the foundations of the Italian economic fabric. What makes them extraordinary compared to those of the same sector but foreign?

Quality has always been the trump card that has allowed the various Italian textile districts to establish themselves in the world. Today we are investing in new technologies which aim to develop increasingly circular and sustainable products. It is precisely the combination of these two factors that can make us highly competitive.

However, there is also the other side of the coin: what do our companies lack to carve out a leading role in the world?

The critical factors that run against are different, such as the size of the companies, often too small compared to the world scenario, the low propensity for team play, the difficulty in accessing credit and, of course, a country-system objectively hostile to entrepreneurship.

The pandemic has brought to light several problems that, pre-Covid-19, could somehow be managed, but which now require more structured interventions. Let’s think about communication, for example. How has the approach of companies changed on this issue?

The pandemic has accelerated digital adoption and has given birth to new habits. Companies have had to understand not only the new behaviors, but also the changed expectations of consumers, thus increasingly diversifying the offer of online services.

Which tools do the companies invest most in?Web, social media, print magazines?

The company today prefers digital communication, partly because it is forced by the particular moment, partly because it is a “new” tool on which a thousand expectations are placed. It matters little that it was available even before the emergency, but now attention is being paid to it, getting to know it better. To continue to have appeal, the paper must be supported by the digital version, as in the case of Textures.

For the future, in which direction should companies that want to promote their image go?

As a great American businessman argued, “not advertising to save money is like stopping the clock to save time”. Today, more than ever, the integration between the different communication channels must be a mix studied with the utmost attention. Foreclosing the use of even just one of the tools we have available is equivalent to losing an opportunity, structuring a communication strategy that will always be partial.